Surveyors at pixmap took full advantage of the unique features of the WingtraOne to achieve high-quality video and 3D maps needed by IMPULS AG to annually monitor erosion.

The Gotthard Pass is a famous roadway connecting northern and southern Switzerland. An important road for countless motorists, the pass is vulnerable to rock falls due to erosion along the mountain. It features rocky terrain in the middle of the Swiss Alps with an elevation of up to 2350 m (7710 ft) above sea level (ASL).

The combination of Wingtra's vertical take-off and landing (VTOL) and its terrain following feature made this mission possible.

One day of flying for a year of road safety

To identify the quality and position of rocks through aerial imagery, pixmap flew WingtraOne with its Sony QX1 payload featuring a Voigtländer lens. The wide angle of this lens allowed for high-quality 3D reconstruction. The survey took several weeks, of which only one day was spent flying. It covered 48 ha (118.6 acres) along the “Gotthard Strasse” mountain road pass and involved 460 images at a resolution of 6 cm (2.36 in), with an absolute locational accuracy of around 1 m (3.28 ft).

The data collected by WingtraOne allowed pixmap to create a 3D model with 6 cm accuracy that IMPULS AG’s engineers now use to locate points of interest. They simply zoom in on parts of the image map to inspect rocks. If any rocks look unstable, IMPULS AG will inspect them on-site. By comparing surveys each year, the engineers will be able to identify and study any changes that might indicate a rock fall and take action to prevent it.

Drone-based monitoring of natural hazards provides an efficient decision-making basis for further on-site analysis. Thanks to a cloud-based inspection tool, the data can easily be made available and used by different stakeholders.

Weiss explained that the main challenges in conducting the survey were the elevation of the terrain; the steep, 500 m (1640 feet) vertical distance between the launch site and the top of the survey; winds up to 25 km/h (12.4 mph) ; few suitable locations for take-off and landing, and the impossibility of placing ground control points (GCPs) on the mountain, except along the road. In addition to WingtraOne’s VTOL fixed-wing design, Weiss credits the drone’s terrain following feature with pixmap’s ability to rise to these challenges. This feature not only ensured safety and consistent results, but also saved a lot of flight planning time in the field.

What is terrain following?​

By taking elevation data into account during the flight, WingtraPilot’s terrain following feature plans the flight to cover a slope in lateral strips alongside its rise. This means that every flight line is positioned at the same above-ground altitude.

This stabilizes GSD and accuracy range. It also ensures safety by reducing the chance of a crash when altitude changes without a plan that takes this into account. On the ground, it enables users to plan their surveys without having to manually fine-tune flight altitude and side overlaps.

A smooth flight and touch-down amidst high winds and altitudes

“Mission planning was fairly easy and mission conduct straightforward, despite tough environmental conditions with wind speed exceeding 18 km/hr (11.2 mph),” Weiss said. “The most challenging part of the mission was loitering down and landing.”

For this, Weiss said he inserted a few extra loitering points in the flight plan, so that the WingtraOne would follow the terrain down to its landing spot, rather than follow its standard procedure—flying horizontally from its last survey waypoint to a point directly above its landing spot.

In fact, the latter procedure would have placed the UAV at 500 m (1640 feet) above ground level (AGL). It would also have placed pixmap in violation of Switzerland’s prohibition of unmanned flights above 150 m (492 feet) AGL in controlled airspace.

For final descent, approach, transition, and landing I took over manually (in ‘assisted mode’), since the last loitering circle felt dangerously close to the steep terrain, also considering the strong winds. I was able to land on a pretty small pullover spot just adjacent to the road.

Relative accuracy for an absolute difference in road safety

Because some of the survey area was too high to manually place GCPs, Weiss had to rely on existing elevation models provided by swisstop, resulting in vertical measurement uncertainty at the highest point of about 1 meter (3.28 feet).

However, he said that’s not a problem, because the purpose of the survey was to enable comparisons between routinely-measured data points, not to calculate absolutely accurate locations of certain objects.

Next year, we will capture the same points. We know that certain points, like the foundations for the powerlines, will not move. We can use these fixed points again next year to make sure that the two models properly align.

At 2,106 m, the Gotthard Pass—connecting northern and southern Switzerland across the Saint-Gotthard Massif in the Alps—has been an important trade route since the 13th century. It includes the 17 km Gotthard Road Tunnel, opened in 1980 and at the time the longest road tunnel in the world.

For a virtual drive through the Gotthard pass, see this video.

Chennault International Airport needed engineering solutions after the heavy rains of 2020 and WingtraOne captured the grounds for it. 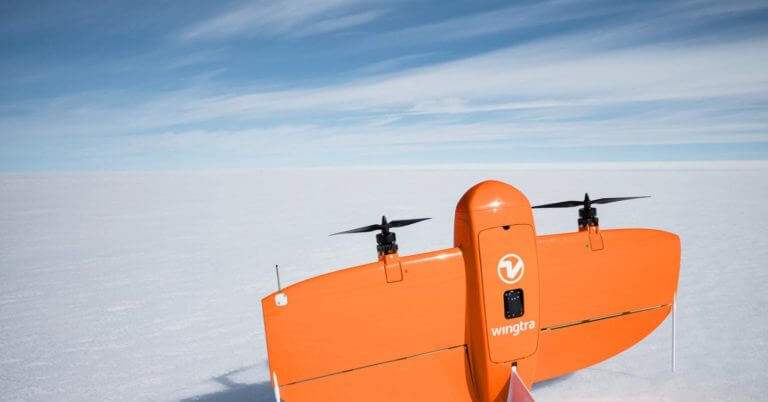 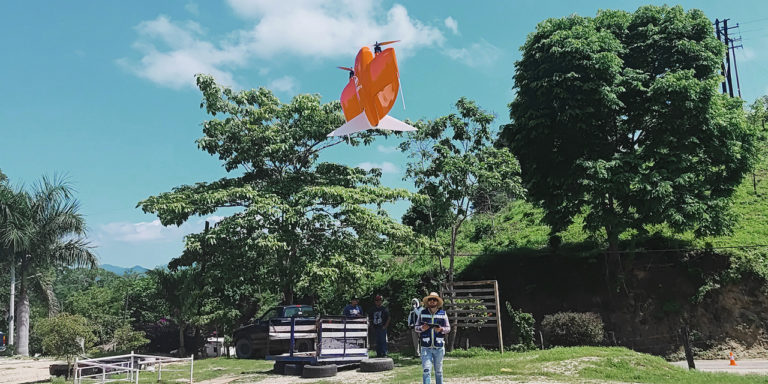