Extra tight deadlines and harsh weather conditions around surveying the biggest Uranium mine in Africa, Husab—these were the project conditions that met Strydom & Associates in the Namib Desert. Luckily, with the help of a WingtraOne UAV, surveyors were able to successfully perform a mine surveying task and conduct needed volumetric measurements over a 1500 ha (15 km2) open-pit mine in a single day. 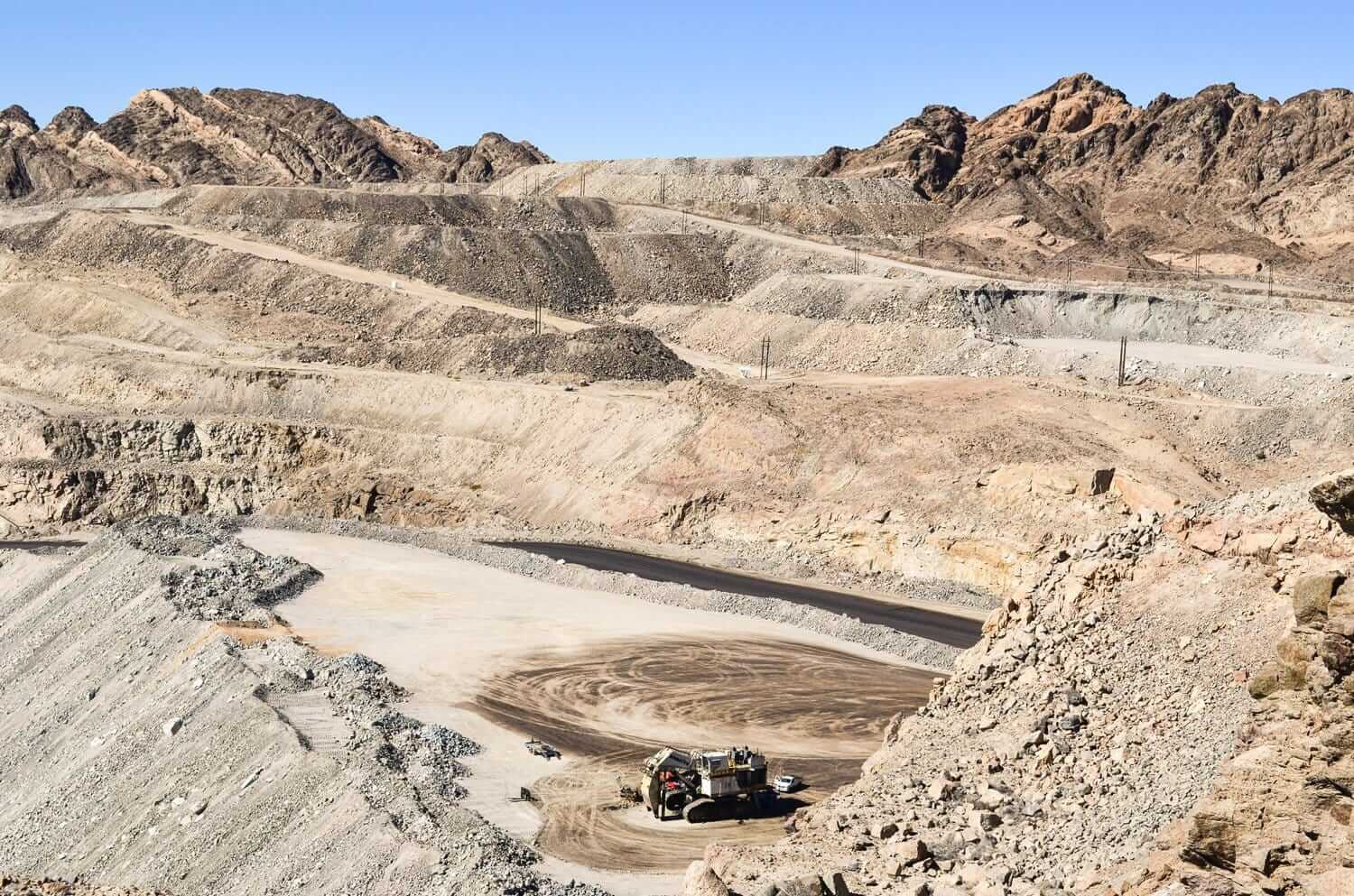 For a country that barely occupies 0.16 percent of Earth’s surface, Namibia produces a significant share of world’s uranium— specifically, 10 percent. Not only does this make Namibia the 4th largest uranium producer in the world (World Uranium Mining, 2016), but uranium mining itself also contributes to more than 10 percent of Namibia’s GDP. In the coming years, these percentages are set to climb higher as the Husab mine reaches its full production capacity. The mine, located 50 km south-east of Swakopmund, has the potential to produce 15 million pounds (6800 tons) of uranium oxide per year and contains approximately 280 million tons of uranium ore. This makes it Africa’s largest, and the world’s second largest, open-pit uranium mine.

As the year 2017 drew to a close, the task of stockpile and main mine surveying fell on Strydom & Associates’ shoulders. The company faced a high-pressure deadline to submit volumetric measurements for a year-end audit on January 3rd. 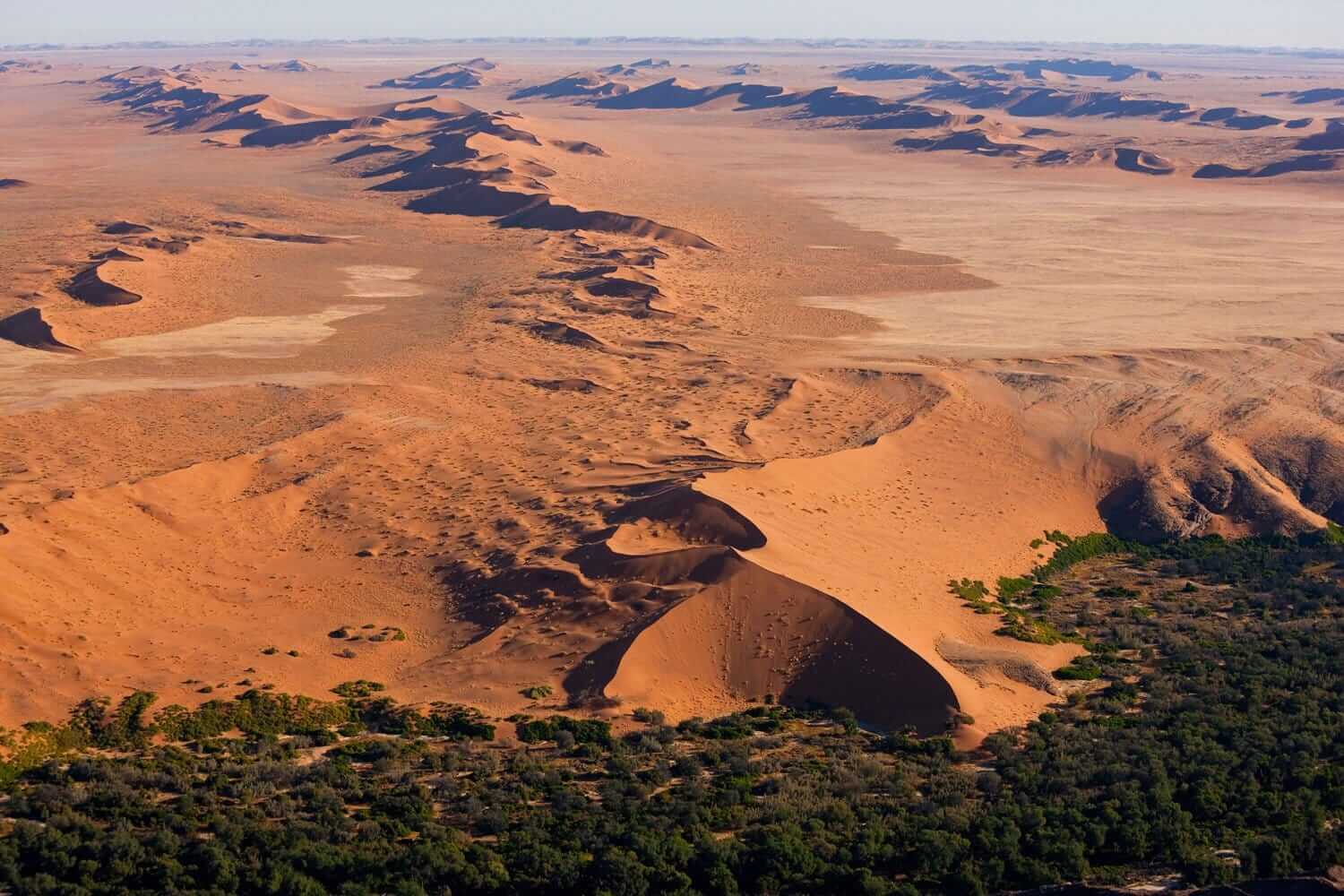 Strydom & Associates is no stranger to challenging task—with a multidisciplinary approach, they have completed diverse projects ranging from a topographical survey of 0.5 ha to an aerial survey of 10,000 ha, for their clients spread all over southern Africa. However, to meet the tight deadline for the Husab mine project, they needed to map a large area in a very short time while maintaining high accuracy.

Beyond the project constraints, there were environmental challenges to account for as well. The Namib desert isn’t a very comfortable place to be. Indeed, its hostile climate makes Namibia the second least densely populated country in the world. The temperature and precipitation fluctuates widely and harsh desert wind—also called East Wind—can reach a speed of up to 30 m/s.

Given the magnitude of the project, the tight deadline and the adverse environmental conditions, the surveyors ruled out ground-based surveying methods as these can be very time consuming. They also rejected the idea of using manned aircrafts because of accuracy limitations, much higher costs and the same timing constraint. Aerial mine surveying was their best option. With a UAV, they could collect all the required data in a matter of few hours at a fraction of the cost.

However, not every professional mapping UAV can deliver high accuracy results while covering large areas. Given the choice between fixed-wings and multirotors, the latter one gets automatically ruled out since it can’t cover vast areas. On the other hand, fixed-wings can’t carry the payloads that deliver ultra-high accuracy results and are limited in terms of what terrain they can land on. Specifically, they perform belly landings, which means that they basically controlled crash land on the ground, posing a real threat to the onboard cameras if the terrain is not soft enough.

The surveyors thus turned to the vertical take-off and landing (VTOL) WingtraOne mapping drone. It takes off and lands vertically like a multirotor and transitions into flying like a fixed-wing aircraft, combining the best of both worlds. As a fixed-wing, WingtraOne can provide large coverage, and as a multirotor it can take off and land anywhere without damaging its powerful cameras.

To obtain high-accuracy results with aerial mine surveying, the presence of ground control points and the use of a high resolution mapping camera is also extremely important. The ground control points already existed in the area, so they didn’t require any additional time. The surveyors flew with the WingtraOne full-frame Sony RX1RII payload, which offers 42 MP ultra-high resolution. 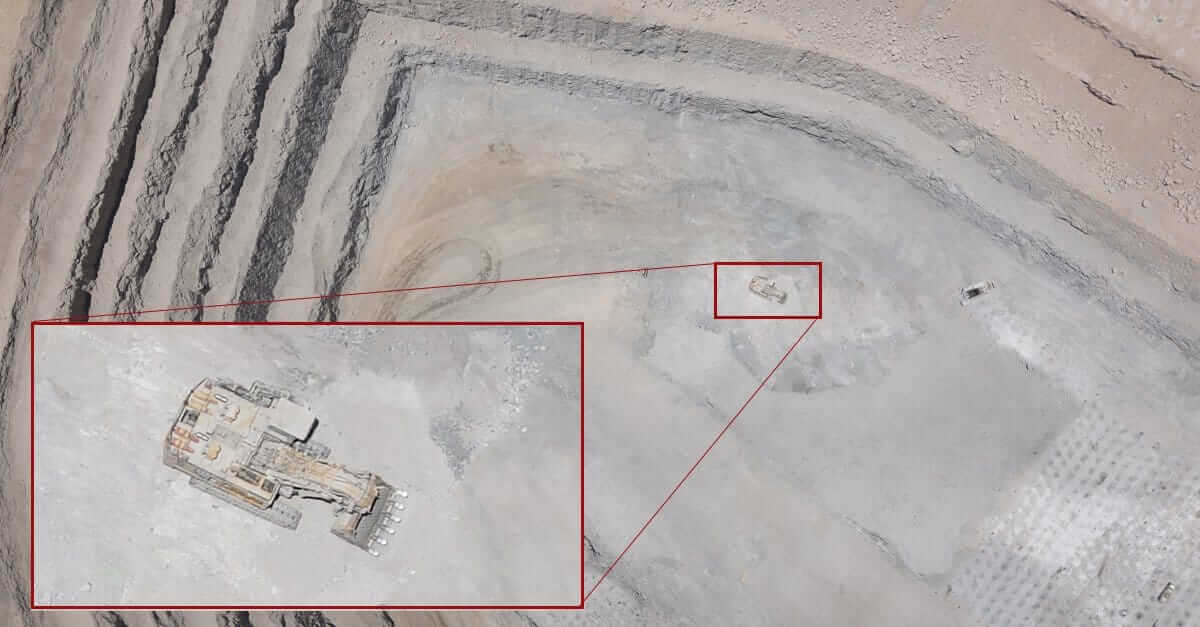 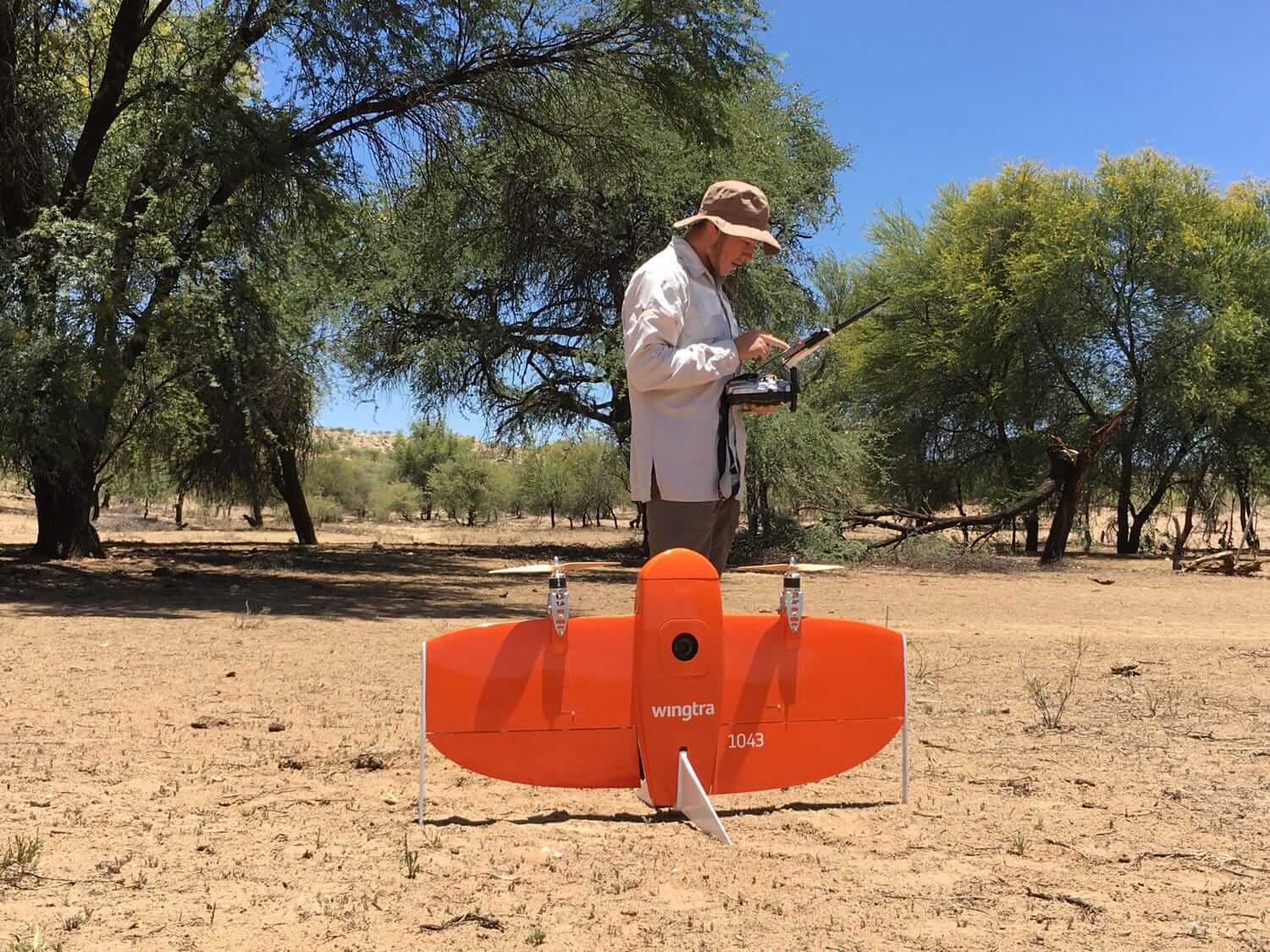 On 31st December, equipped with a WingtraOne, the Strydom & Associates team set out to map the mine area of 1500 ha (15 km2). The WingtraPilot, WingtraOne’s custom flight planning software, completed the flight plan and generated a base-layer map outlining the mapping area. Four flights were planned in total, each one set to a GSD of 5 cm/px resulting in a flight altitude of 390 m.

It was a windy day in the field, with the speed on the ground measuring 7 m/s. WingtraPilot ran a host of automated safety checks before the flight to make sure that operations would run smoothly and safely. This, plus additional mission planning features on the app, enabled the surveyors from Strydom & Associates make minor adjustments to the flight plans for hands-off and safe operation.

For each flight, the drone took off from the ground automatically, flew along the generated flight path capturing images and then landed safely on its 4 m2 landing spot. In 2.5 hours of flight time, the surveyors collected aerial imagery consisting of 1500 RGB images of the entire 1500 ha (15 km2) area. The images were each geo-referenced by the onboard GPS data from the WingtraOne.

The geo-referenced images were later post-processed by the Agisoft Photoscan and Pix4D softwares. The evenly distributed ground control points in the area helped to optimize camera positions and orientation data. Combining this information with a comparison of many different overlapping images, highly-accurate 3D models were built.

Herman Strydom, owner of Styrdom & Associates, described the aerial images: “In the digital elevation model (DEM), one of the main pits, and some stockpiles are clearly visible. If you look just above the deepest area of the (shaded blue) you will notice the little dimples caused by the blast holes drilled, which is an indication of the high degree of detail.” 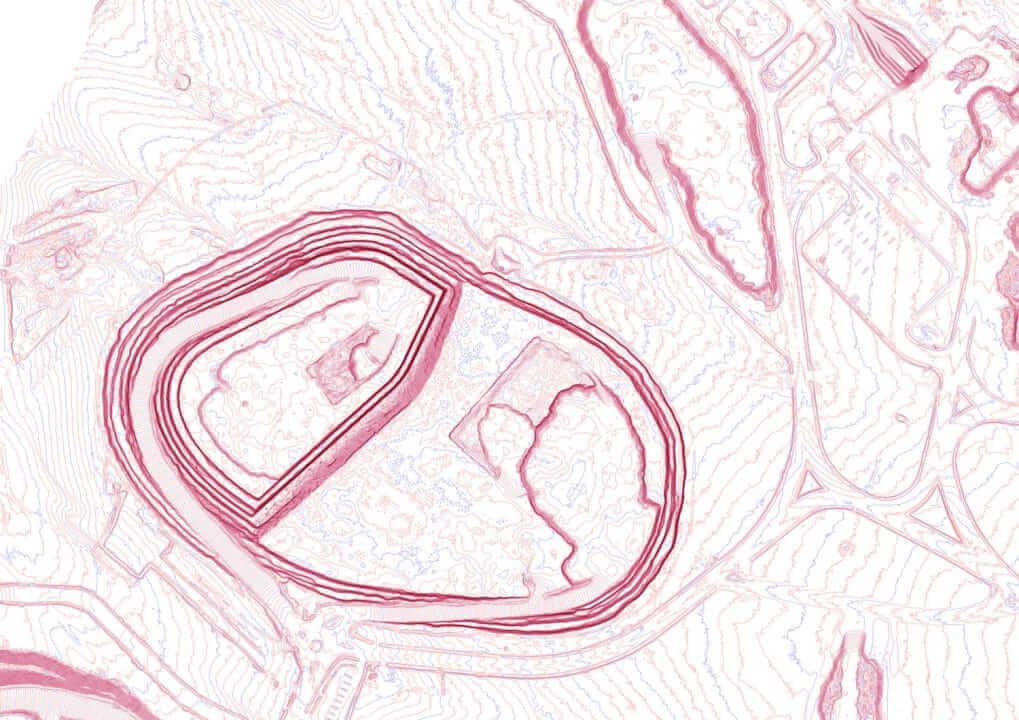 Meeting the demands of a challenging task

“The ease of flight planning with WingtraOne meant that small, last-minute changes to the flight plans designed in the office could easily be made in response to the conditions experienced on the site,” Styrdom continued. “The main advantage with the WingtraOne was the high quality images from the camera. The Sony RX1RII camera made it possible to cover the area efficiently at a high altitude of 390 m (1280 ft).

In fact, Styrdom said that the powerful payload and efficient flight that it afforded were the reason that his team could keep to their high pressure deadline. Low set-up time, hands-off operation and flexible planning allowed the team to complete their task of data collection on the field efficiently. The level of detail afforded by the full-frame camera meant that further analysis in the office could also be completed quickly and with high accuracy.

The mission that might have seemed impossible from the beginning, emerged as a smooth project with an attainable deadline. Strydom & Associates compiled a set of valuable data over one of the harshest environments there is, on time. The WingtraOne VTOL mapping drone proved to be the reliable choice that helped the surveying team conduct an efficient, safe and rigorous audit survey of the Husab mine.

Read about our drone
Talk to Sales

Contact Wingtra or a local distributor. Our experts can:

Talk to Sales
What’s included in the bundle? 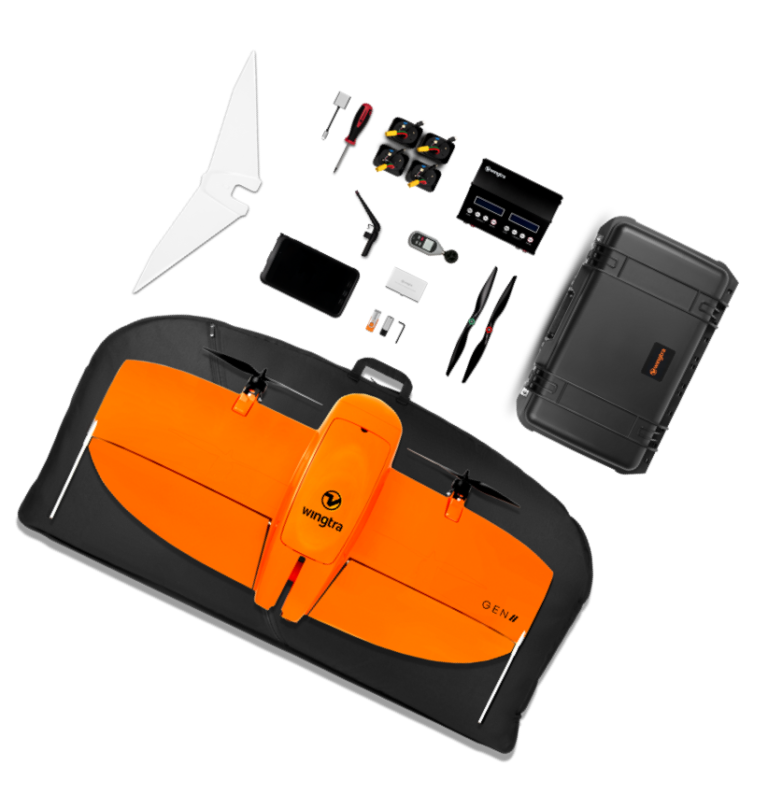 Contact Wingtra or a local distributor.
Our experts can:

What’s included in the bundle?
Loading form...
Webinar
Reporting and auditing in mining with Propeller 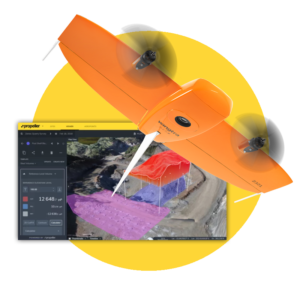 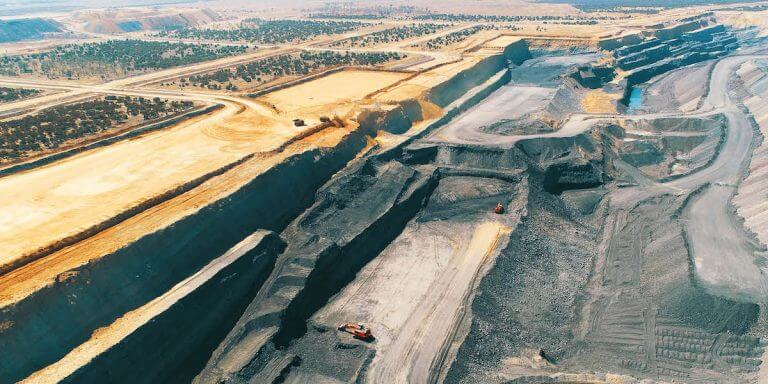 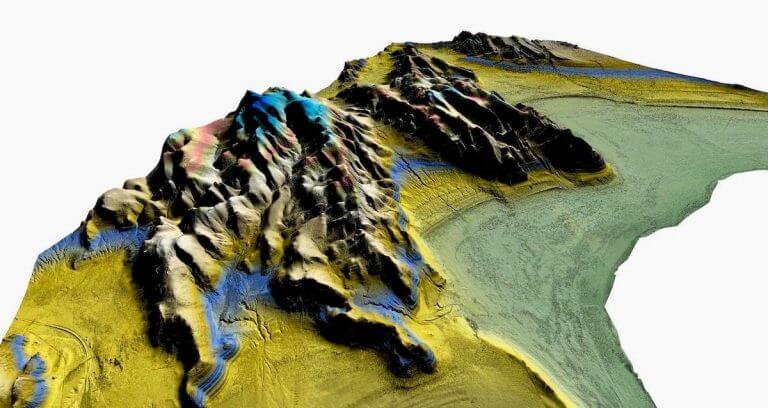 These are some of the largest aerial surveys by a drone, and WingtraOne made them possible [case study] 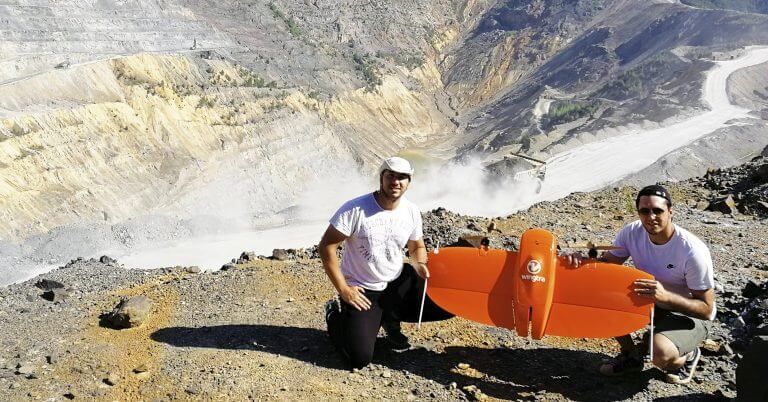